We are sophisticated, business-oriented, practical attorneys who provide results-driven legal counsel to clients of all sizes across a wide range of industries.

We break the mold of your typical law firm – we immerse ourselves in your business and work as an integrated and collaborative part of your team under a cost structure that provides cost certainty and substantial savings relative to “traditional” outside counsel. We have extensive in-house and major law firm experience, with distinct professional backgrounds that give you access to a comprehensive scope of legal perspectives and skill sets.

We are rooted in our core values of being entrepreneurial, proactive, efficient, humble and candid attorneys who put the demands and needs of our clients first.

WE OFFER SOPHISTICATED, BUSINESS-ORIENTED, RESULTS-DRIVEN LEGAL COUNSEL TO CLIENTS OF ALL SIZES.

From our signature “outsourced General Counsel and in-house counsel” services, to our sophisticated transactional and litigation capabilities, we service a full range of client needs, including the following:

We have a true passion about our clients’ industries and work alongside our clients to be thought leaders in their industries. We primarily work with clients in the following industries:

We have carefully assembled and cultivated a diverse group of attorneys and other team members who share our core values and client-centric approach, led by the following senior team:

Avery Kotler has provided experienced, general counsel to a diverse group of companies focused on the digital and entertainment spheres, with particular expertise in developing new partnership and revenue centers for enterprises of any size. Avery formed VGC in late 2016 with the intent of changing the way that outside legal services can be provided.

After graduating from Georgetown Law, Avery began his legal career in in 1998 as an Associate at Winthrop, Stimson, Putnam & Roberts (now Pillsbury Winthrop), where he helped to found a new department to support emerging companies and technologies. His experience included everything from initial formation advice to IPO support. He went on to hold in-house positions, first at pressplay, a joint venture of Sony and Universal Music. He moved on to become Vice President of Business & Legal Affairs at Napster, which he helped to re-launch as a legal digital music service and then at Best Buy, where he led the legal support team for its $4+ Billion Entertainment Division.  Avery sits on several startup advisory boards as well as the board of trustees for the Hannah Senesh Community Day School.

Avery also helped to found Hospitality for Family and Friends, a not-for-profit that offers free hotel rooms to visiting relatives of pediatric cancer patients. He currently sits on its board and is passionately committed to further expanding its message and reach.  Avery lives in Brooklyn with his wife and two boys where he can often be found organizing block parties, playing street hockey with his boys or tending to his backyard vegetable “kibbutz”.

Brandt joined VGC following a successful tenure at Venable LLP where he became a partner in the firm’s corporate group, leading support to a diverse and fiercely loyal array of clients. Prior to Venable, Brandt served as General Counsel to SBE, a leading international lifestyle hospitality company that develops, manages, owns, and operates award-winning hotels, restaurants and nightlife venues. At SBE, Brandt oversaw all legal matters for the company and developed extensive experience with all aspects of the hospitality and entertainment business. He was responsible for negotiating and drafting complex real estate and hospitality-related agreements, debt and security instruments, joint ventures, purchase agreements, and many other contracts.  He administered and enforced SBE’s substantial international IP portfolio.  Prior to SBE, Brandt was an associate at Venable, practicing in the corporate, tax and real estate arenas. He also spent 3 years as a tax professor in the undergraduate tax and accounting program at UCLA’s Anderson School of Management.

Brandt understands the real world challenges and time constraints that face in-house legal departments and management teams and draws on this perspective to deliver first class service and valued legal advice to his clients.

Brandt also helped to found Law Rocks, a celebrated not-for-profit that promotes music education for underprivileged youth and raises funds for local nonprofit organizations by combining the power of music and the generosity of the global legal community. Brandt lives in Napa Valley with his wife and four young children and when he isn’t with them, loves to help visiting friends discover hidden gems of the Napa region. 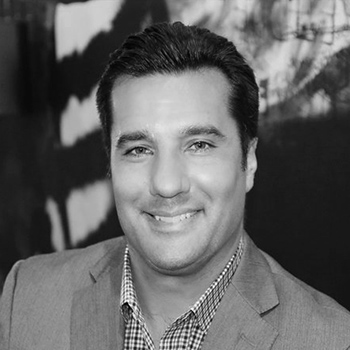 Jim is a seasoned general counsel, litigator and corporate generalist with a diverse array of large firm, in-house and personal business entrepreneurial experience.

Jim graduated Harvard Law School in 2001 and joined the Century City (Los Angeles) office of O’Melveny & Myers, where he established a litigation practice that included a broad group of film, television, music, new media and video game clients. Several high-profile trials, including one that led to a landmark Supreme Court decision, earned him accolades as a member of Law360’s Media and Entertainment Group of the year for both 2013 and 2014.  He also represented clients in some of the nation’s most complex antitrust cases, and was part of a team that achieved the largest ever civil settlement of $1.25 billion on behalf of a multi-national computer industry client.

Jim left O’Melveny to become Chief Legal Officer of SBE, a leading international lifestyle hospitality company that develops, manages, owns, and operates award-winning hotels, restaurants and nightlife venues.  Jim oversaw all legal matters for the company of approximately 10,000 employees, including complex real estate and hospitality agreements, debt and securities, joint ventures, international IP, complex litigation, corporate governance and HR.  Jim also oversaw and advised on many operational elements of the business.  In 2016, Jim led the take-private acquisition of Morgan’s Hotel Group, a publicly traded company.  He continues to advise SBE as Outside General Counsel, as well as representing at VirtualGC a variety of other clients in different industries.

Separate from his legal practice, Jim founded and ran a West Los Angeles-based real estate business that funded investment in, brokered, and managed residential properties.  Jim lives in Los Angeles with his wife and daughter and enjoys surfing, snowboarding, and international travel.  He speaks Spanish fluently as well as conversational Portuguese.  He maintains a longtime passion for stand-up comedy, which he used to perform in Los Angeles and Las Vegas.

Jim sits on the board of the Los Angeles Chapter of the Make a Wish Foundation and actively participates in other community organizations.

If you think that our services, expertise and approach align with your needs, we would love to hear from you.